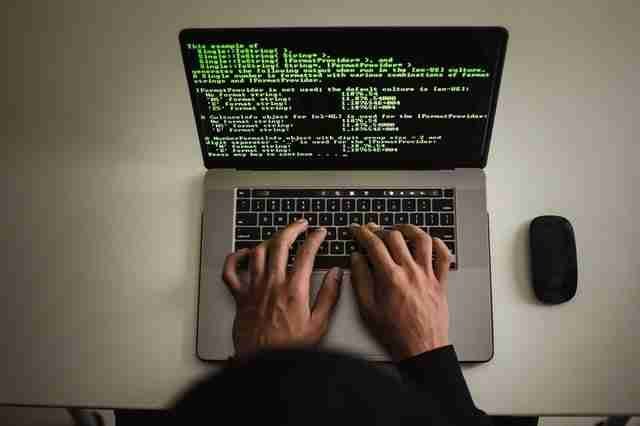 Have you watched the best hacking movies of All-time? Well, you might have watched a few movies based on hacking where a good hacker turns bad and try to collapse the infrastructure. Then the main lead of the film stops him and save the world.

This does sound like a movie, right? As all the movies related to hacking have storyline almost similar to the above one. Not to mention, a few adults scenes make up for the slow-paced or same old storyline. So, today we have made the list of best hacking movies of all time which doesn’t exactly follow the tradition, have a better storyline, the best actors and award-winning performances. The sequence of the list is what we recommend you to follow for binge-watching.

We are absolutely sure, you won’t be disappointed with the list. The ratings are from official IMDb website.

The Matrix is a 1999 Action, Sci-fi movie directed by Wachowskis with a cast of Keanu Reeves as Thomas Anderson/ Neo, Laurence Fishburne as Morpheus, Carrie-Anne Moss as Trinity and Hugo Weaving as Agent Smith. The Matrix is an example of the cyberpunk genre of Science fiction.

Plot– Computer Programmer Thomas Anderson also known as Neo as his hacking alias finds something wrong with the world finds the mysterious girl Trinity and a man named Morpheus who has answers Thomas Anderson/ Neo seeks.

This movie starts with the hacking mindset and quickly takes a turn towards the more interesting and mysterious storyline. The movie has been awarded 7+ times for its story and audience capturing influence.

Live Free or Die Hard is a 2007 Action, Thriller film and the fourth part of the Die Hard film series. The movie is directed by Len Wiseman with cast Bruce Willis as John McClane, Justin Long as Matthew “Matt” Farrell, and Timothy Olyphant as Thomas Gabriel.

Live Free or Die Hard has got 3 awards and 16 nominations like Top Box office films, Best Action/ Adventure/ Thriller films, and so on.

Plot– The story goes with a Professional Safecracker John Bridger who has assembled the team to steal the gold bullion worth 35 million dollars from Italian Gangsters in Venice. One of the team players turns against all others. The heist then fails and the story goes on the line of revenge.

Plot– The storyline revolves around a psychopath who has a website called killwithme.com who tortures cats in the death trap for starters. As the website grows in popularity, cats are replaced with human beings. The FBI agents Jenifer March and Collin Hanks follow the lead to catch the serial killer and find the motive of the kills.

The story has a complete and satisfiable past base which builds the story to the present and has a reasonable explanation for every twist and turn.

Plot– WikiLeaks founder Julian Assange (Benedict Cumberbatch) and a colleague, Daniel Domscheit-Berg (Daniel Brühl) help each other to become watchdogs over the actions of privileged and powerful. Despite scant resources, they are able to create a platform for whistle-blowers to leak covert data anonymously, thereby exposing government secrets and corporate crimes. The real battle begins when Julian and Daniel find the biggest cache of intelligence documents in the history of the U.S.

Plot– Based on the story of the capture of pc hacker ‘Kevin Mitnick’. However, once breaks into the pc of security knowledgeable And an ex-hacker, he gets a shock about the discoveries and has quite he can handle.

The Algorithm is a 2014 Crime, Drama, Thriller and Hacking Movies directed by Jon Schiefer starring Raphael Barker as Hash, Keith Barletta as Decimate and crew.

Plot– After discovering a top-secret N.S.A. project, a hacker-for-hire must choose between his curiosity and the safety of his friends. Although the movie doesn’t exactly shows how hacking part is done, but still has some amazing scenes which are loved by the audience.

Who Am I is a 2014 Crime, Drama, Mystery, German techno-thriller movie directed by Baran bo Odar. The movie has cast Tom Schilling as Benjamin Engel, Elyas M’Barek as Max, Hannah Herzsprung as Marie and Wotan Wilke Möhring as Stephan.

Plot– A group of covert CIA operatives trailing a potential new energy source is double-crossed by corrupt agent Morgan (Ron Smerczak), who causes a helicopter crash in remote South Africa. The sole survivor (Jackie Chan), suffering a severe state of mind, is nursed to recovery by a kindly native tribe who call him “Whoami” after the question he keeps asking. With the assistance of a mysterious newsman (Michelle Ferre), Whoami items along with his past and tracks the renegade agent and his criminal cohorts.

The Eagle Eye is a 2008 Action, Mystery, Thriller and one of the best Hacking Movies directed by D. J. Caruso. The film cast Shia LaBeouf as Jerry Shaw/Ethan Shaw, Michelle Monaghan as Rachel Holloman, a woman who is being coerced by ARIIA, Julianne Moore as the voice of the supercomputer ARIIA, aka the “unknown woman”, Rosario Dawson as Zoë Perez, an Air Force Office of Special Investigations (OSI) Agent, Michael Chiklis as George Callister, the US Secretary of Defense and Anthony Mackie as Major William Bowman.

Plot- Jerry Shaw (Shia LaBeouf) and Rachel Holloman (Michelle Monaghan) are 2 strangers whose lives area unit suddenly thrown into turmoil by a mysterious woman they need never met. Threatening their lives and family, the unseen caller uses everyday technology to regulate their actions and push them into increasing danger. As events increase, jerry and Rachel become the country’s most-wanted fugitives and should fathom what’s happening to them.

Plot– High school student David Lightman (Matthew Broderick) unwittingly hacks into a military supercomputer while searching for new video games. After starting a game of Global Thermonuclear War, Lightman leads the supercomputer to activate the nation’s nuclear arsenal in response to his simulated threat as the Soviet Union. Once the clueless hacker comes to his senses, Lightman, with help from his girlfriend (Ally Sheedy), must find a way to alert the authorities to stop the onset of World War III.

So these were the Best hacking movies of all time. There are other movies in this genre too but the list above tops all the movies that have ever made on the hacking.

Like to know how to be Anonymous? Read our Article Tor Browser- A key to Anonymity on the web.

How to Protect You and Your family against Sextortion and Blackmail

What is TOR Browser & How to Set it Up 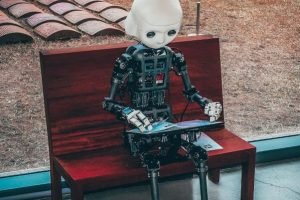